Rule 1. Use concrete rather than vague language.

Passive: The ball was hit.

Notice that the party responsible for the action—in the previous example, whoever hit the ball—may not even appear when using passive voice. So passive voice is a useful option when the responsible party is not known.

Example: My watch was stolen.

The passive voice has often been criticized as something employed by people in power to avoid responsibility:

Example: Mistakes were made.

Translation: I made mistakes.

Rule 3. Avoid overusing there is, there are, it is, it was, etc.

Example: There is a case of meningitis that was reported in the newspaper.

Revision: A case of meningitis was reported in the newspaper.

Even better: The newspaper reported a case of meningitis. (Active voice)

Example: It is important to signal before making a left turn.

Example: There are some revisions that must be made.

Revision: Some revisions must be made. (Passive voice)

Rule 4. To avoid confusion (and pompousness), don’t use two negatives to make a positive without good reason.

Unnecessary: He is not unwilling to help.

Better: He is willing to help.

Sometimes a not un- construction may be desirable, perhaps even necessary:

Example: The book is uneven but not uninteresting.

However, the novelist-essayist George Orwell warned of its abuse with this deliberately silly sentence: “A not unblack dog was chasing a not unsmall rabbit across a not ungreen field.”

Correct: I admire people who are honest, reliable, and sincere.
Note that are applies to and makes sense with each of the three adjectives at the end.

Correct: You should check your spelling, grammar, and punctuation.
Note that check your applies to and makes sense with each of the three nouns at the end.

Rule 6. Word order can make or ruin a sentence. If you start a sentence with an incomplete phrase or clause, such as While crossing the street or Forgotten by history, it must be followed closely by the person or thing it describes. Furthermore, that person or thing is always the main subject of the sentence. Breaking this rule results in the dreaded, all-too-common dangling modifier, or dangler.

Correct: He was forgotten by history, and his autograph was worthless.

Correct: I was born in Chicago, and my first book was about the 1871 fire.

Adding -ing to a verb (as in crossing in the example that follows) results in a versatile word called a participle, which can be a noun, adjective, or adverb. Rule 6 applies to all sentences with a participle in the beginning. Participles require placing the actor immediately after the opening phrase or clause.

Dangler: While crossing the street, the bus hit her. (Wrong: the bus was not crossing.)

Rule 7. Place descriptive words and phrases as close as is practical to the words they modify.

Ill-advised: I have a cake that Mollie baked in my lunch bag.
Cake is too far from lunch bag, making the sentence ambiguous and silly.

Better: In my lunch bag is a cake that Mollie baked.

Rule 8. A sentence fragment is usually an oversight, or a bad idea. It occurs when you have only a phrase or dependent clause but are missing an independent clause.

Sentence fragment: After the show ended.

Full sentence: After the show ended, we had coffee. 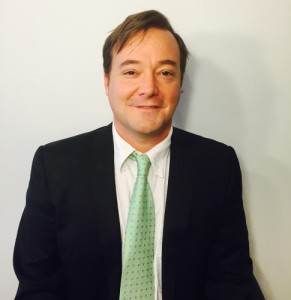 Emareye Typically replies within an hour